In a game with only 17 passes, a Swedish RB and Danish LB showed their worth for their teams. 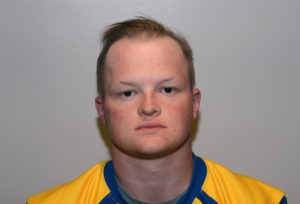 Jonathan Gustafsson ended up being the deciding factor for the Swedish victory. The Swedish back did what was necessary to win the game, by pounding the ball down the middle of the Danish defense. With a longest run of 17 yards, Gustafsson still had 135 yards with an average of 4.1 yards – despite getting several negative runs by falling on bad snaps in the rainy Danish weather.

Gustafsson who had most of his carries directly from center also had the final score that more or less ended the game by making it a two score game. 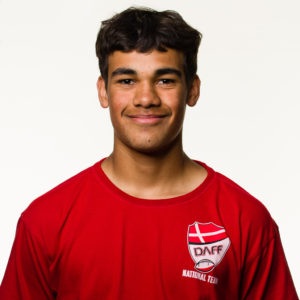 The Danish defense had built a game plan to stop the many playmakers in the Swedish backfield. They lined up with 3 and 5 defensive linemen depending on the Swedish formation. Off the ball the Danish defense used linebacker David Tawake Christoffersen to clean up and make sure, the Swedish backs did not get any big gaines. All through the game the young LB showed his worth ending up with 9 solo tackles and 16 total tackles.