This week, focus is on another American import player, who has spent a single season in Denmark, 2010. Ryan Lockard, LB played for Slagelse Wolfpack back in ’10. The Wolfpack just finished a winless season and went from being a laughingstock to a playoff contender. After a season in Orleans, France, Ryan decided to take another adventure in Europe, this time with the Slagelse Wolfpack, Denmark followed by a season with the Warsaw Eagles, Poland. Today he is married, a father of a little boy and a successful owner of “Specialty Athletic Training”. Ryan will take us back to his time in Europe.

After high school I played football at Lewis & Clark College, a small Division III school in Portland, OR. I went into coaching immediately after graduation and one of the other coaches, and one of my former teammates, was exploring the option of playing overseas and told me that I should look into it. It sounded like a great opportunity that I couldn’t pass up.

When did you realize you wanted to try football overseas? How get in touch with different organizations?

Immediately. The same person that told me about the opportunity introduced me to Europlayers. I created a profile and began contacting teams for the upcoming season.

You already played in France. Did that make it any easier for you the second season? Did feel any higher interest the second time you were looking for a team?

My first year playing overseas was a HUGE culture shock. Everything happened so quickly. I flew to France two weeks after I signed the contract and I wasn’t sure what to expect. I played for the Chevaliers d’Orleans and had a great experience, which led to me wanting to play again in Europe the following season. I saw it as a great opportunity to travel the world, while playing the game that I love.

What made you commit to the Wolfpack? What could they offer?

Everyone in the organization made me feel comfortable from day one, which I really appreciated. They also were looking to sign another American import as well. When I was in France, I was the only American in the entire division. This was a blessing because it made me grow tremendously as a person, but knowing that there was going to be another American on the team with the Wolfpack was definitely comforting.

After a single season in Denmark, you took your third season overseas – this time in Warsaw, Poland. Why not stay in Denmark? What could Poland offer you?

I wanted to explore the world and experience different cultures, and that’s what Poland offered. I lived in downtown Warsaw, in the middle of the old Jewish ghetto. Learning about the history of other countries and experiencing it on a daily basis, opens your eyes and makes you appreciate the life that you have in America.

Did you have any chance of negotiating your contracts or was it more of a standard contract you got?

Yes, especially when you have several teams interested in signing you. My former college coach also played overseas and was extremely helpful in looking over my contracts to make sure that I was getting taken care of.

Comparing the three leagues. Which one was more competitive?

A league as a whole, I would say that the Danish league was the most competitive. The teams were pretty evenly balanced and most of the games were close. The top tier teams in Poland were better than the teams in Denmark at the time, the league just wasn’t as balanced. Some of the teams, like the one that I played for in Warsaw, had 4-5 American players.

What did an average in-season week look like in Denmark compared to Poland and France? Were you paid enough to fully focus on football?

They were all pretty similar. You practiced twice a week and played on Saturdays. In France we played every other week, which extended the length of the season.

The pay was enough to get by and travel a little. You don’t take this opportunity thinking that you’re going to get paid really well and live like an NFL player here in the States. You play because you love the game and you want to have a paid vacation to Europe.

That being said, I know many other Americans that found side hustles while they stayed and were able to make more money. They would teach English or work in a restaurant owned by the club they were playing for. It all depends on what you want to get out of the experience and what the club has to offer.

How was the accommodations? Did you live on your own? And how much did you have to take care of yourself?

Each situation was different.

In France, I initially lived with a host family. They were the parents of the fiancée of one of the French players on the team. Midway through the season, they broke up and she moved back in with her parents. I ended up moving out and living in an apartment with a couple of the players.

In Denmark, I lived on my own in downtown Slagelse in a studio. The club had a contract with a sponsor that provided housing just outside of the city, but the American would also be required to teach English to their children. I spent part of the season living there as well.

In Poland, I lived with four other Americans in an apartment in the middle of the city. The best location and living experience out of all of the teams that I played for.

What did the organizations expect from you, now that they were paying you?

Besides expecting you to be a standout player on the field, they also expected you to act like a professional. Be on time for practice, share your knowledge with the local players, and spread the love for the game. They would also have us do promotional things around the city, like visit schools and put on football hand out flyers at the mall.

They also expect you to be respectful. This may sound like common sense, but there are plenty of horror stories of Americans going overseas to play and then being have to be sent home because they weren’t respectful to the club or the players.

What expectations did you have to the organizations that ended up signing you?

You expect them to live up to what is in your contract and what you agreed upon. That doesn’t always happen.

I’m sure each of the three season had their ups and downs. What was the greatest experience in Europe? On the field and off the field as well? And can you tell a little about some of the tough times?

The relationships that you develop with the players is hands down the greatest thing. They become family.

The highlights far out number the tough times. I was able to play a night game in Paris and see the Eiffle Tower while playing and played in the national championship game in France. Those are two moments that stick out in my mind the most.

What is the Danish and European culture like, compared to the Amarican?

Completely different. Have to experience it to understand.

I’m sure every team you have been with, has had something special to offer. What makes Denmark special for you?

The bond that I was able to form with the Danish players.

If you could change one thing during your time in Europe, what would it be and why?

It has been some years since you left Poland. Have you ever felt that you could use your experiences from European football ever since?

As I mentioned previously, playing overseas made me grow as a person. It changes you as a person, for the better, and you will continue to use lessons that you learn while abroad. I wouldn’t be the person that I am today if I didn’t seize the opportunity to play football in Europe.

Finally, can you give some advice for young Americans, considering going to Europe and play football?

Go play and share your knowledge and love for the game. It is a once in a lifetime opportunity that you will treasure for the rest of your life. 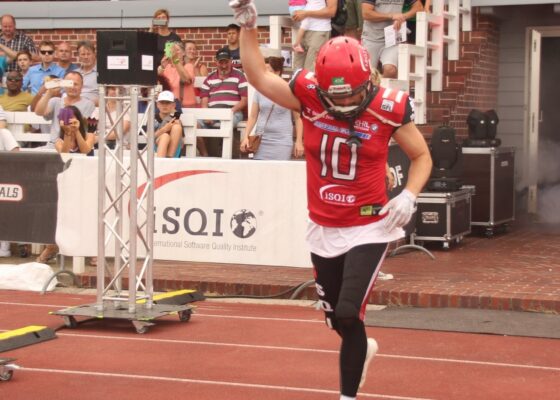 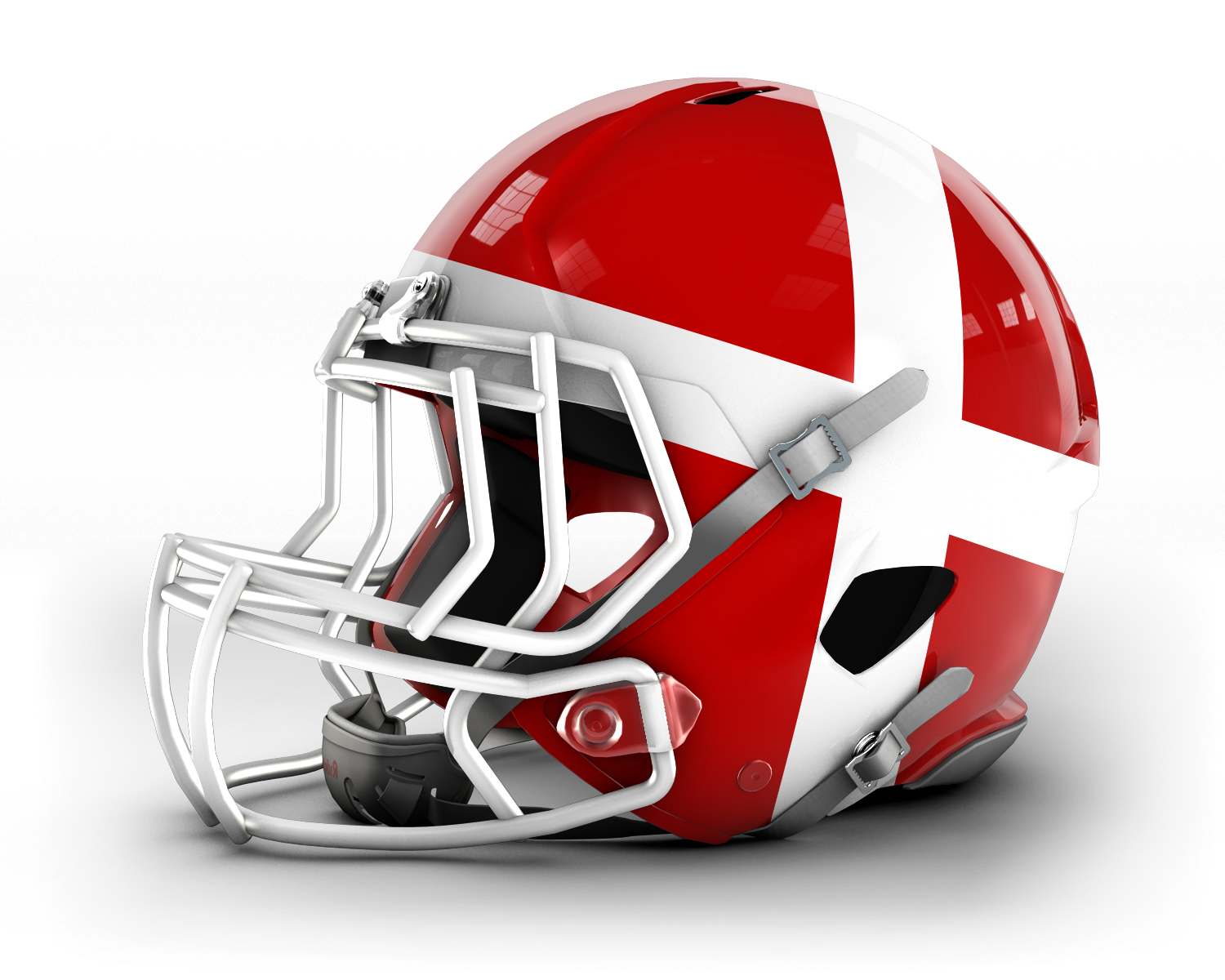 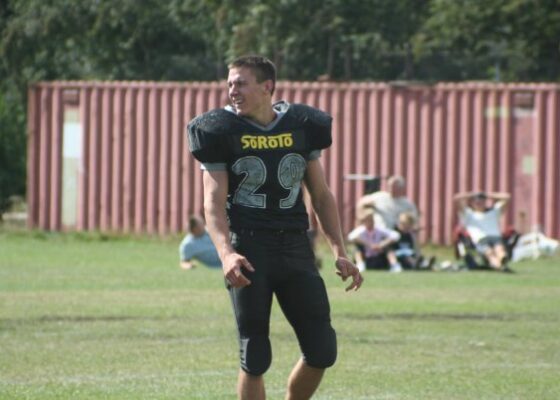 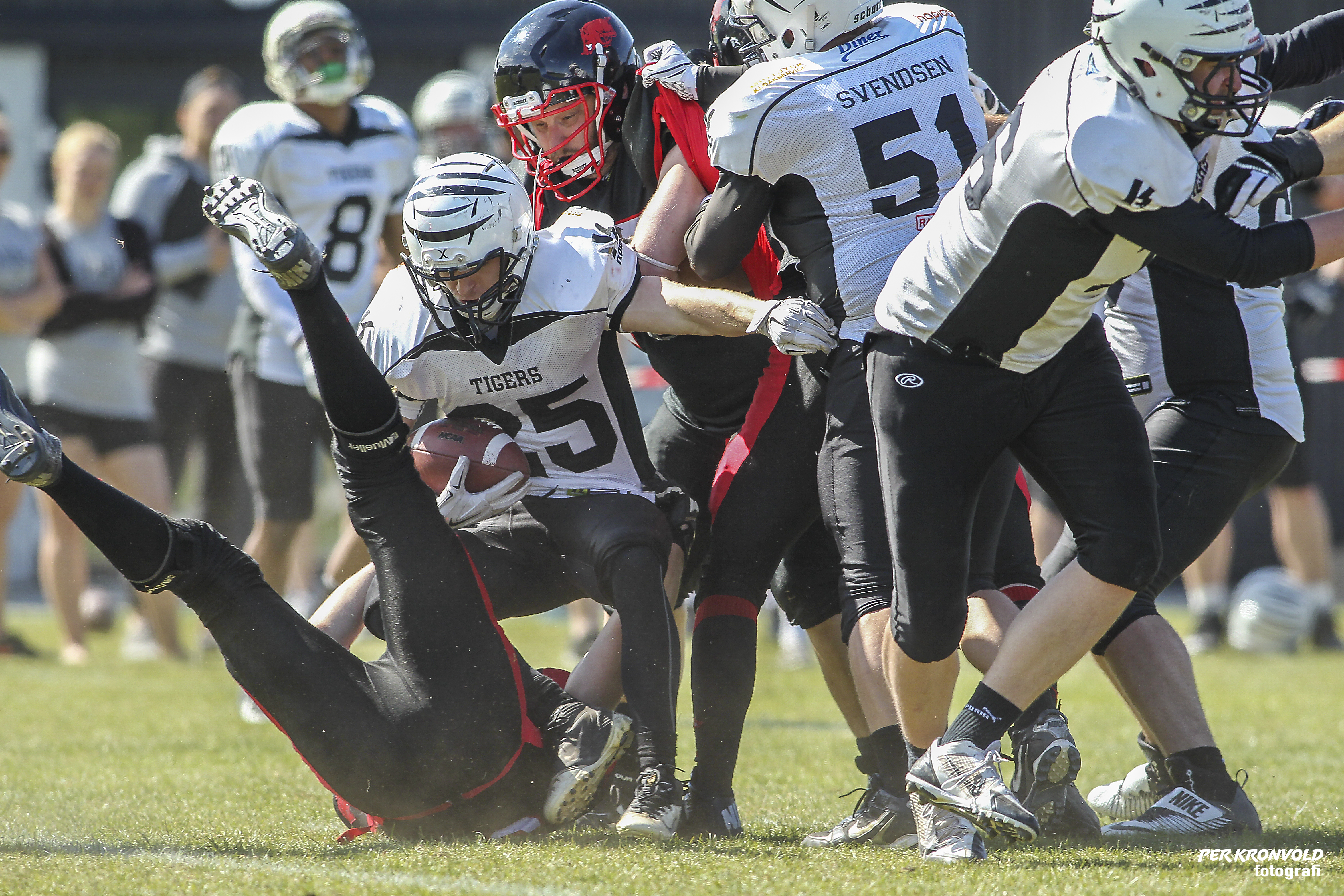 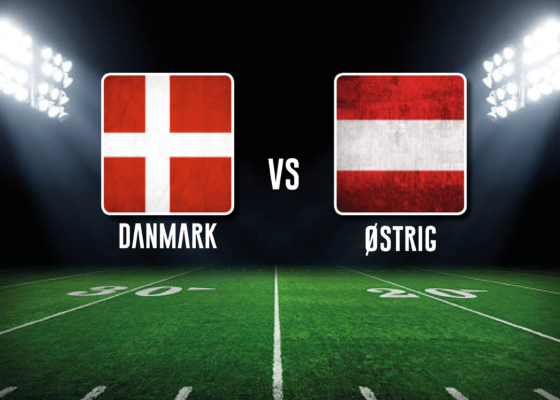 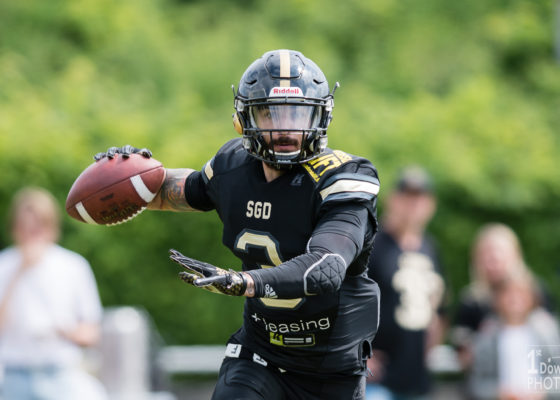 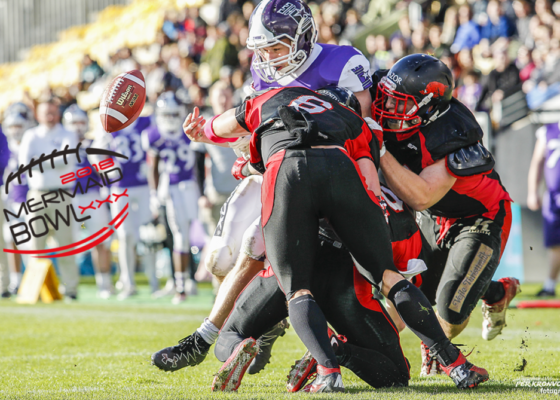 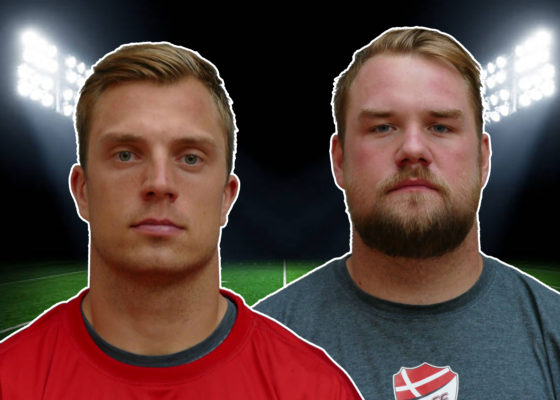 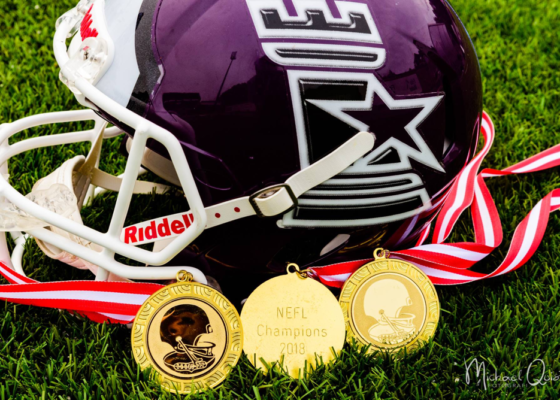 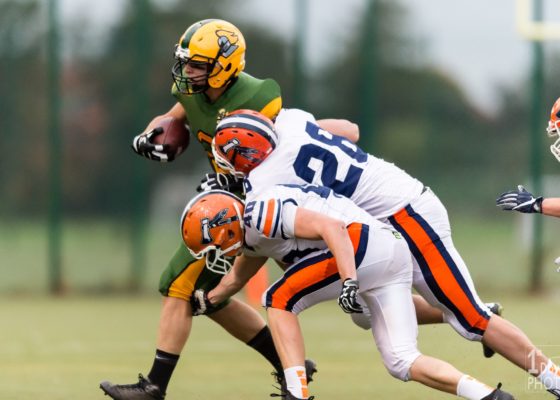 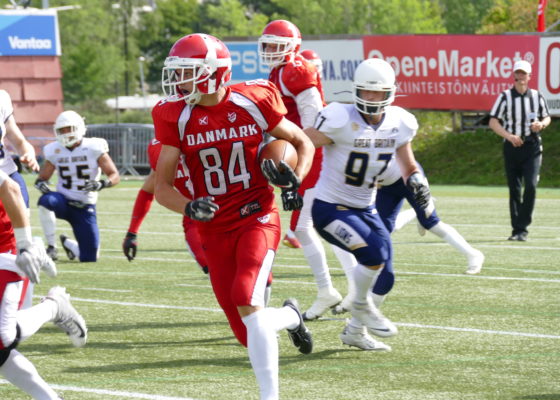 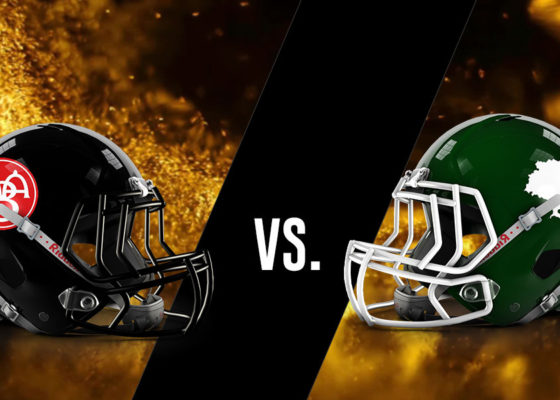 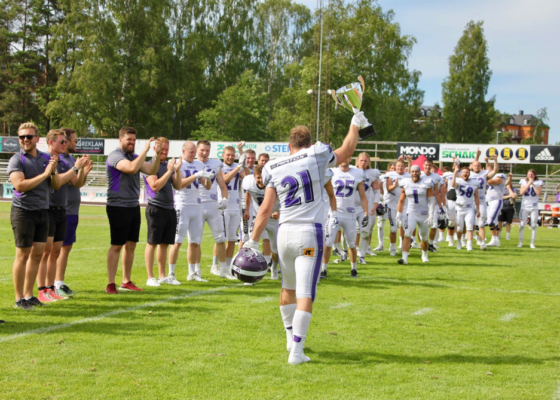